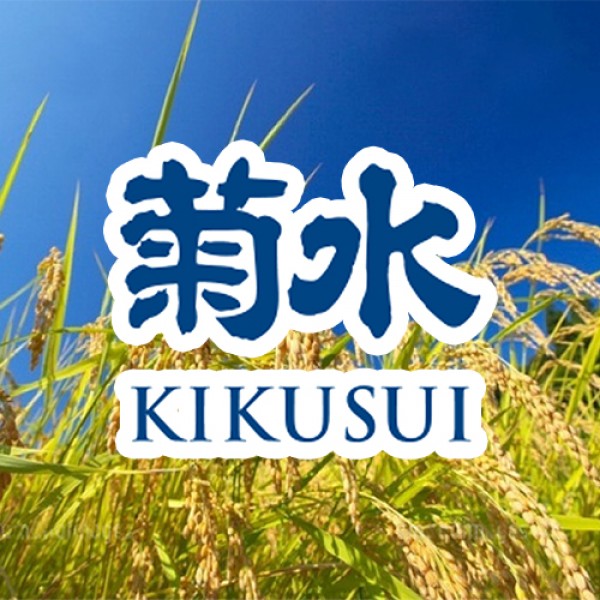 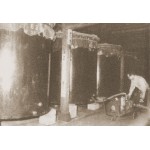 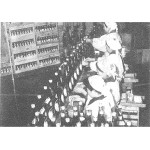 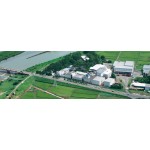 Founded in 1881 by the Takasawa family, Kikusui Sake Brewery is located in Shibata City in Niigata prefecture, which is known for it’s high quality rice and snowy winters.Kikusui is still run by the same family under the current 5th generation President. Over the years Kikusui has endured many trials including securing rice for brewing, labor shortages and drops in sales in the harsh post-war years.
The biggest challenges came in the form of the Niigata Earthquake in 1964 then the Kaetsu Flood of 1966 and 1967, where for two consecutive years the brewery was destroyed and washed away. The name “Kikusui” is the combination of two words “Kiku” (?) which means chrysanthemum, and “Sui” (?) which means water. The name originates from a Noh play called “Kikujido” which was based on the 13 volumes of “Taiheiki” a chronicle of medieval Japan.
In one of its verses, it tells the story of a hermit who had been banished to to live in the mountains. For 700 years he had been transcribing parts of a sutra onto a chrysanthemum leaf so that he would not forget it.
The story goes that by drinking the dew that formed on the leaf of the chrysanthemum he was able to live for as long as he did. The name “Kikusui” was derived from the belief that the water, “SUI” from the chrysanthemum “KIKU” brought eternal youth.